After indulging on the thought for some time (and the realization that so much of what we as humans do is in some sense pointless – why would a two- or three-day trip, with much higher associated overall costs due to lodging, somehow be better?), I decided not to get too philosophical and rather tackle the job at hand: get from Tilburg, which I know fairly well because my friend Dino from Munich used to do his Ph.D. there, to Den Haag. I stepped outside Tilburg Train Station, got my stuff together, and edited my route on my mobile a little bit: I wanted to go via Breda. Turned on the Bolt, and voila, off I was within 2 minutes. 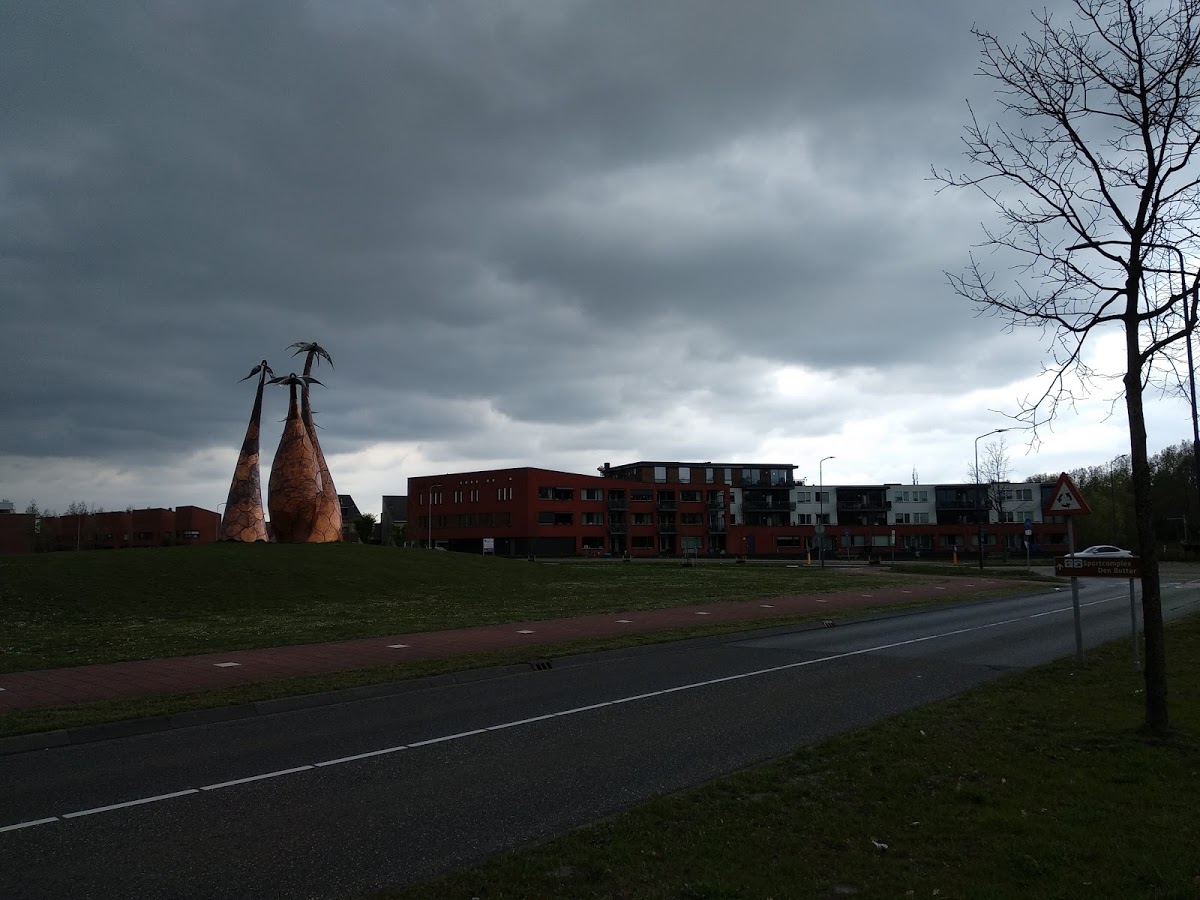 Not always is it all shining sun and fun. But even so, we have to go out and do what we have to do.

The route Komoot chose was not too spectacular this time, with some pretty long sections along highways. One section was particularly funny, as I rode on a road (no bike path available) where a big construction was going on. The road about 4km long and straight, and I got overtaken by some construction vehicles. But their Δv was so small that I could still see them after 5min. Around 65 km in, the bike path was blocked and that is when I had a bit of a weak moment.

When I am out hiking, I barely ever seem to eat any of the Musli bars I pack – with biking, it is totally different. Even though I would wager that the effort intensity is comparable. Maybe I am wrong there.

This is when I unpacked the Clif Bloks Nora and Ryan had brought me from the US. (FWIW, this is also the first food item I actually ate while riding Aero.) As the name implies, the bar comes in a couple of conveniently-sized blocks that have a consistency somewhere between really fresh gummi bears and a gel. In addition to being full of glucose, they also contain caffeine. I ate 5 of them over the course of the next hour, which is – as I later found out – the caffeine equivalent of about 2 coffees.

And this is when I started putting the hammer down. I even had saddle pain before eating, but after those magic blocks, it was all gone! Moreover, the weather got more and more gnarly, so I had extra-motivation to come home early.

I also filled a bottle with Hammer Nutrition Perpetuem Extreme Endurance, which I drank throughout the ride, but was not as impressed by the drink as its name: I did not like the taste nor could I feel any effects.

One can observe a few things from the heart rate plot above: 1) The stop around 65 km (big arrow) was not my first stop. The ones before that were much shorter, and mainly to take nice pictures for the blog. Every time, though, you see that my heart rate significantly decreases. This is a good sign. 2) Once I ate the blocks, I was all of a sudden able to put my heart rate at a much higher steady level than before – I was just thrashing it, basically (or so I felt).

A scary situation was a scooter in Rotterdam who took a wide turn and ended up on my side of the bike path, slowly going toward me as I approached with ~30km/h. I shouted at the guy while braking. Since it was wet and I have carbon wheels, the rim brakes didn’t immediately bite – it takes a second or so for the water to rub off and friction to do its work. Meanwhile, the scooter guy was standing still mid-way on the bike path. As I went around him he said something to the effect of whether I was “gek” (crazy). This got me thinking, because usually I would say that most of the scooter boys are crazy. I have since reflected a bit on the situation: I did not do anything wrong, he was on the wrong side, not doing a good turn, and then ending up not reacting at all. But eventually, “being right” does not help me much. I should factor in everything that can go wrong. And, with these scooters (and the usual clientele riding them), there is quite something that can. 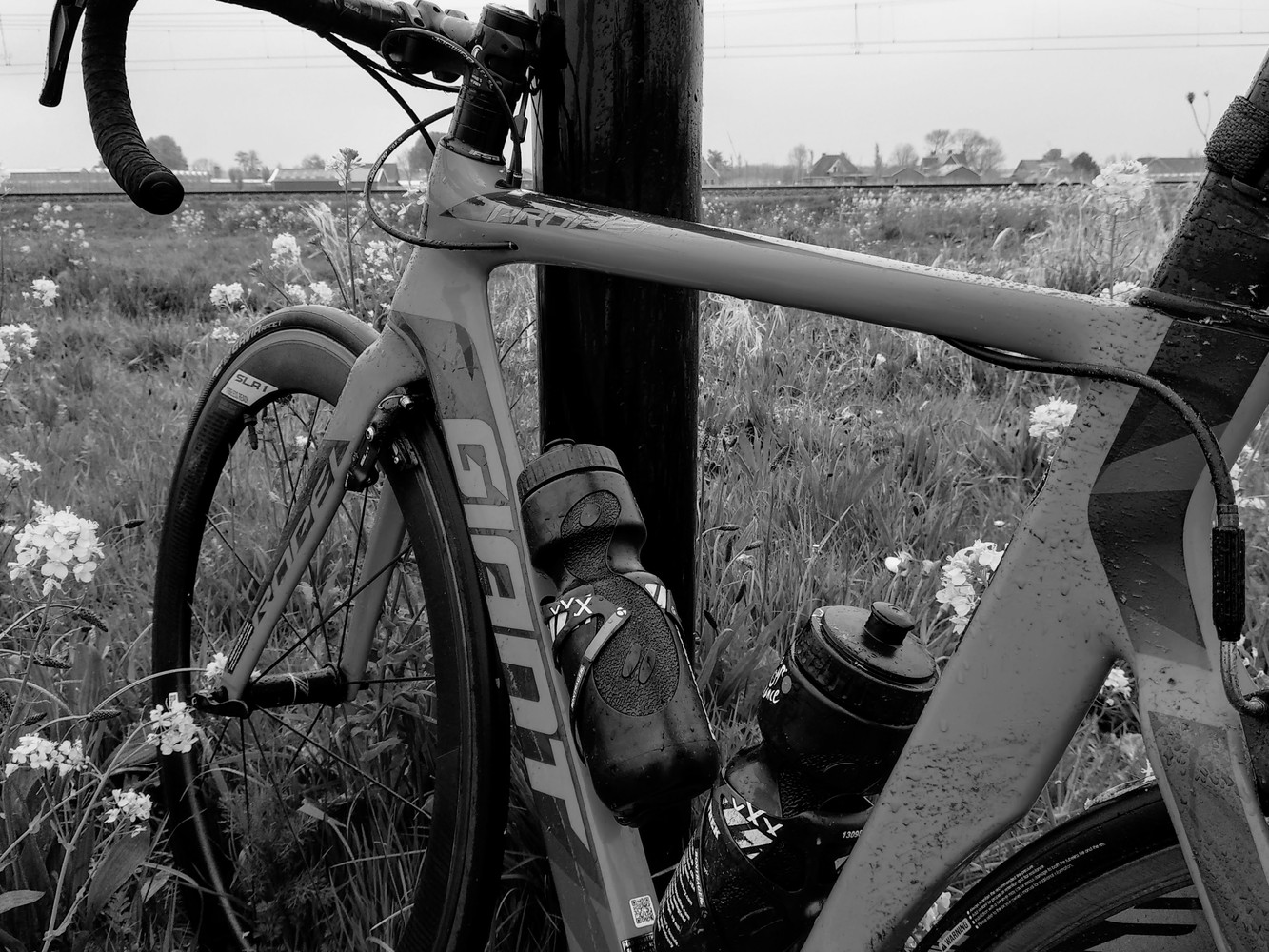 While thrashing it, I did one of the few “climbs” in the Netherlands – for that, you usually either have to be in a hilly area (usually close to the Belgian border) or, like in this case, go up a bridge. As I was riding around the corner for the 1:30-minute climb (?), I saw another racebiker struggle up it. He seemed to have a pretty nice bike, but I noticed I was closing the gap quickly. I did a set cadence climb – try and turn the pedals at a given frequency, with possibly varying power output depending on the gradient of the climb.

The biker in front of me was visibly putting serious power into his pedals, but he was just smashing them and going all over the place with much too low a cadence – no good form at all. Of course, that person might have (and probably has!) done 200km already that day, but in that moment of overtaking him, all of that did not matter to me. While giving him the look ;-) (not really), I even noticed that he had a set of aero bars. 30 seconds later, I saw the guy in an aero tuck going down the bridge … oh well.