Day 69: How many ferries does it take?

The plan and weather for today were both exquisite (thanks to our fab tour organizer, Timi): Nora and I would start from Den Haag in the morning (unfortunately, we only got to go at around 10 AM because Nora needed to perform a small operation first), meet mum and Timi in the city of Dordrecht for lunch, and then continue as a triple – Nora, Timi, and I.

Before we started, though, I noticed I had lost a lot of air. Pressumambly, not even from yesterday’s ride, but the ride before. So I pumped up the tubeless tyre, rotated the wheel – and boom, it was sealed! All bystanders expressed their astonishment (and I kept qutie that I put in countless hours at the beginning of this adventure to get the system to work).

I designed the route to take us through the nice parts north of Delft that I have ridden a few times now – Pijnacker and Berckel en Rodenrijs. From there, we would touch the Northern outskirts of Rotterdam, go through Capelle aan den IJssel and take our first ferry over the Lek. Nora was delighted by the ferry crossing, and so am I. For some strange reason, I am usually very happy to pay whatever small fee it usually takes to get across. 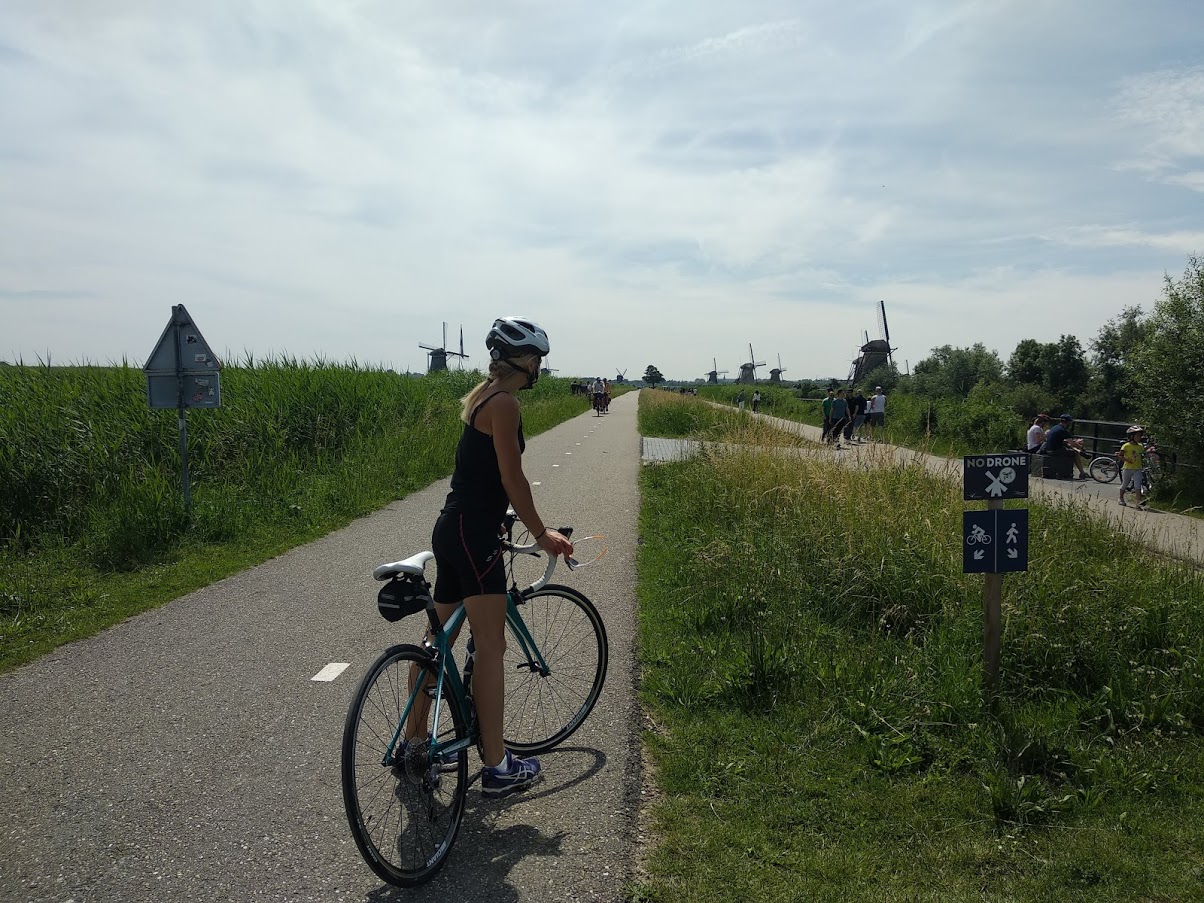 After an industrial zone, we turned onto Kinderdijk, which was – as expected – of course full of (German) tourists blocking the bike path. It was kind of fun to try to go as quick as possible through this nice scenery and warning people by shouting. It might have destroyed the idyllic, peaceful scenery somewhat.

In Papendrecht, we took the water taxi to get us over the river to Timi and mum, where we had ‘lekker’ lunch in a restaurant by the river. At this point, we were roughly 2:30 hours into the ride.

Timi then joined us on her Bianchi and we soon went into the national park East of Dordrecht, where Timi took a fast lead on narrow bike paths, until we reached the third river crossing of the day. 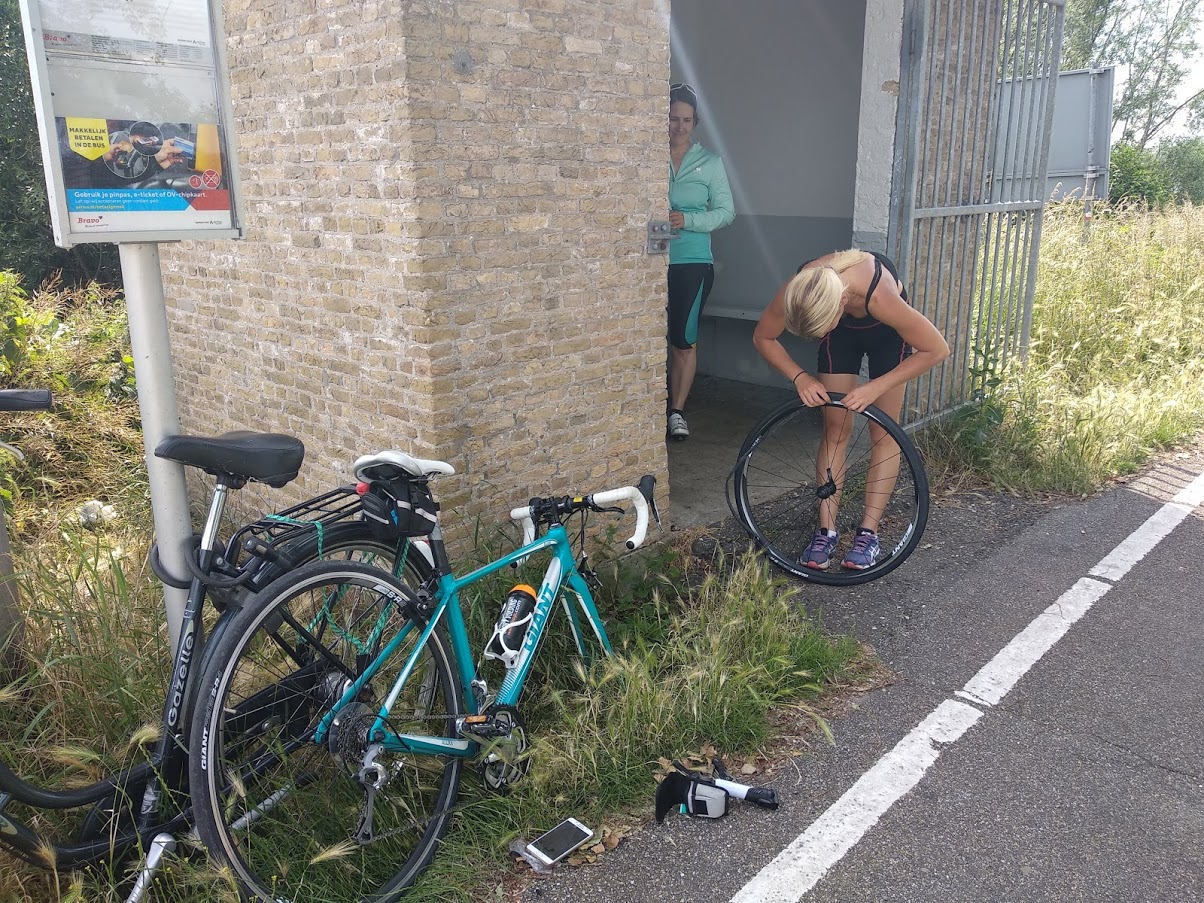 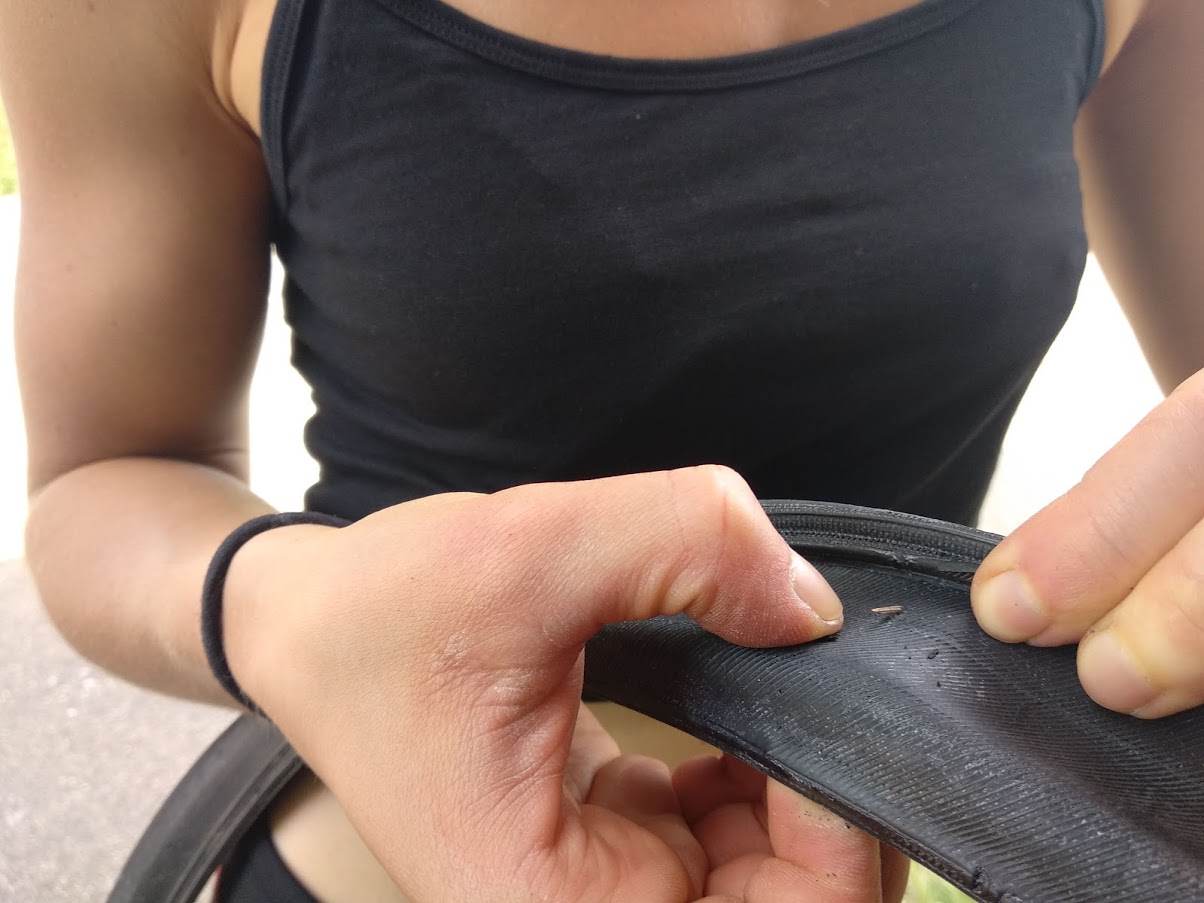 Unfortunately, it was then that Nora discovered that she had a flat. I thought it’d be a good idea to teach her how to repair it on the spot – she had not done it on her race bike yet – but together with the sun and the already more than 60km we did, that was pretty exhausting, both mentally and physically. So when we got going again (thanks to two fellow cyclists for offering their help – we were good, though), we took it a bit slower and fully soaked up the remainder of the National Park De Biesbosch.

Which was quite remarkable: On this picture, would you think you are in the Savanna in Africa or in the Netherlands? 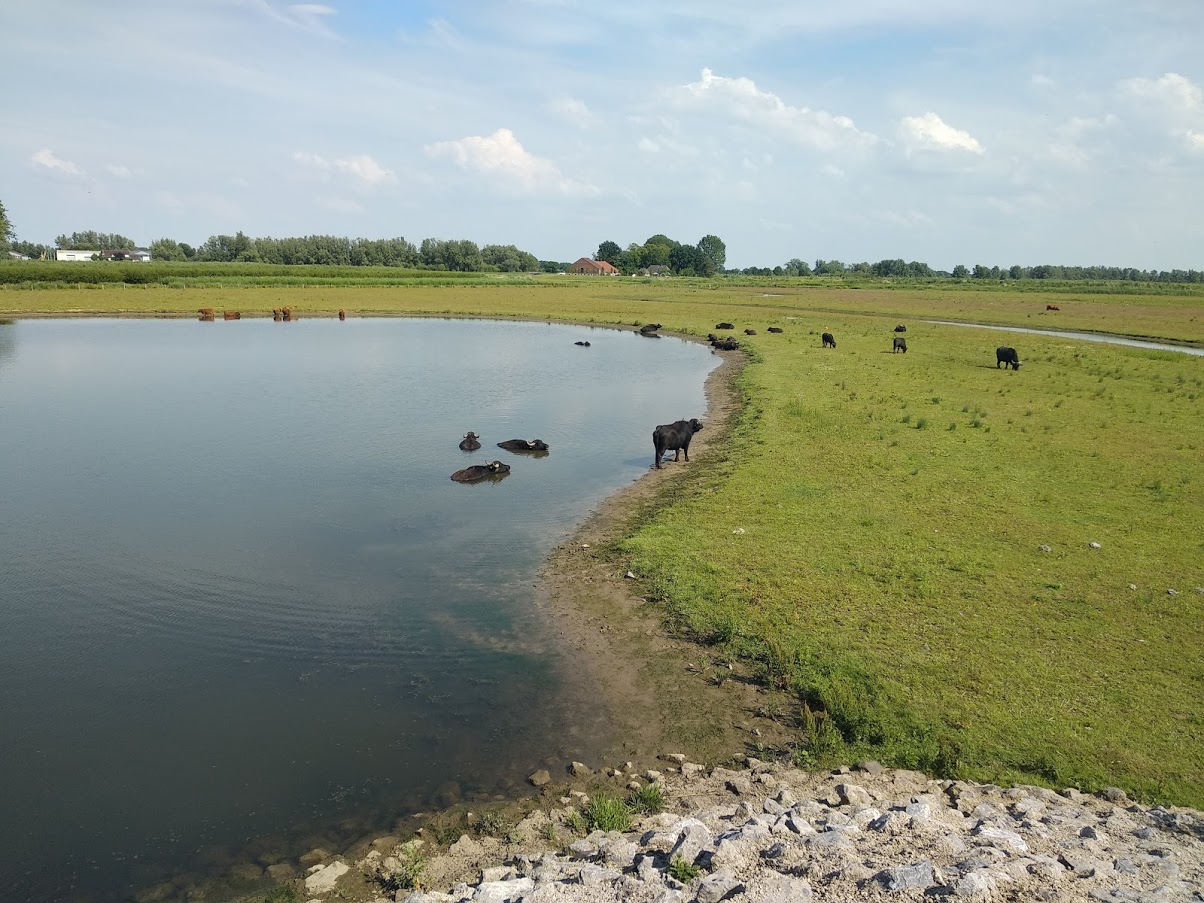 After the national park it was time for another water taxi, and this time a quite lengthy one, to the cute little town of Gorinchem. In Gorinchem, I had no trouble convincing my fellow riders to stop for an espresso and an ice cream (or two). We were blown away by how chill life seemed to be here.

Now, we needed to make a decision: Should we ride on or look for a train station?

The stop lifted the group spirits quite a bit, and so we continued on to Gouda where we would take the train. The track took us along very nice bike paths to Schoonhoven, where we took the final and fifth ferry of the day. On the way, we had another bike rider who joined our train for some time. 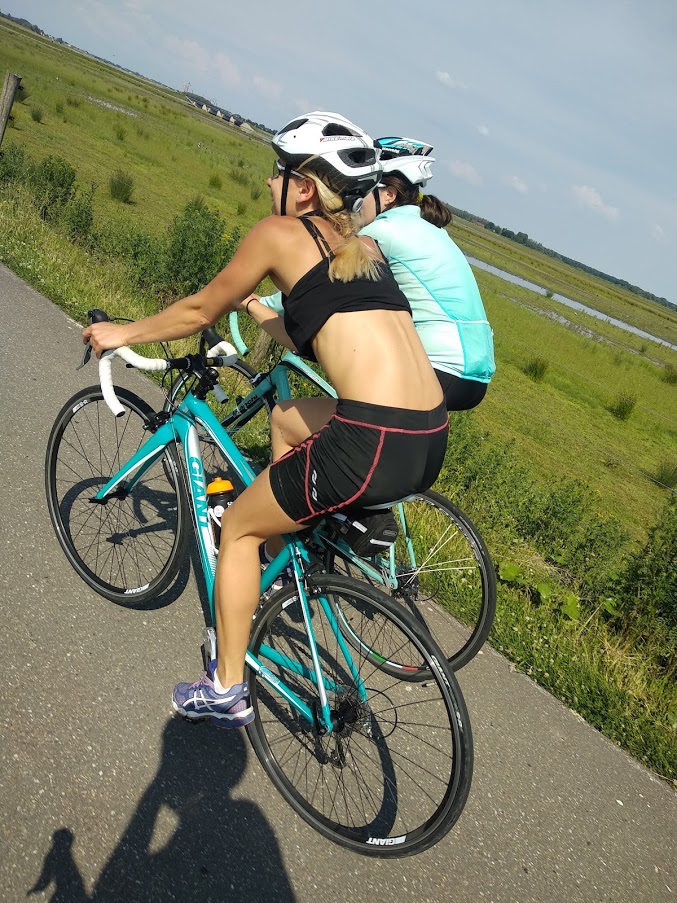 Between Schoonhoven and Gouda, after a short Gravel section (we now had 110km in our legs), I got a bit dizzy and urgently needed to eat – so I consumed a banana and an energy bar I had packed. Nora was quite surprised when I returned to the group, asking what I had done. Given how much I was riding these past two months, I have nothing but respect for Nora and Timi for how they rode. Anyway, we were sure to get some energy drinks at the next possible stop.

As we reached Gouda, for some reason, we decided to do the last 30km to Den Haag, even though the bike path along the highway can be pretty boring and looooong (correction: Timi sacrificed herself to do the 30km alone, but that motivated Nora enough to join, so we ended up in three again, with Nora and I taking equal pulls at the front). We arrived home at sunset and to the smell of nicely prepared dinner by mum.