The weather prediction for Den Haag was OK for today and so-la-la for tomorrow, so Timea and I took the chance to go to the north again and use the long weekend to discover some new ground. Specifically, we took the long train ride to Leeuwarden to start our journey. By the way, what do you think of the title picture? I am really proud of ‘my image’ of the North. I think this is one of the best pictures I have ever taken (I asked our taxi driver from the Waddenloop to wait for bit to not let the photo opportunity slip.)

I liked the quietness of Leeuwarden and the lunch place

I found, in addition to the sick statue that they have in front of the train station. I think I have seen another of the same style in the Netherlands (maybe in Utrecht?). In typical Escher-style, the ‘aspect ratio’ of those heads really makes you doubt your vision (shout out to people to go visit the Escher museum in Den Haag, which is fantastic). We tried to use it to architect a picture with our bikes. 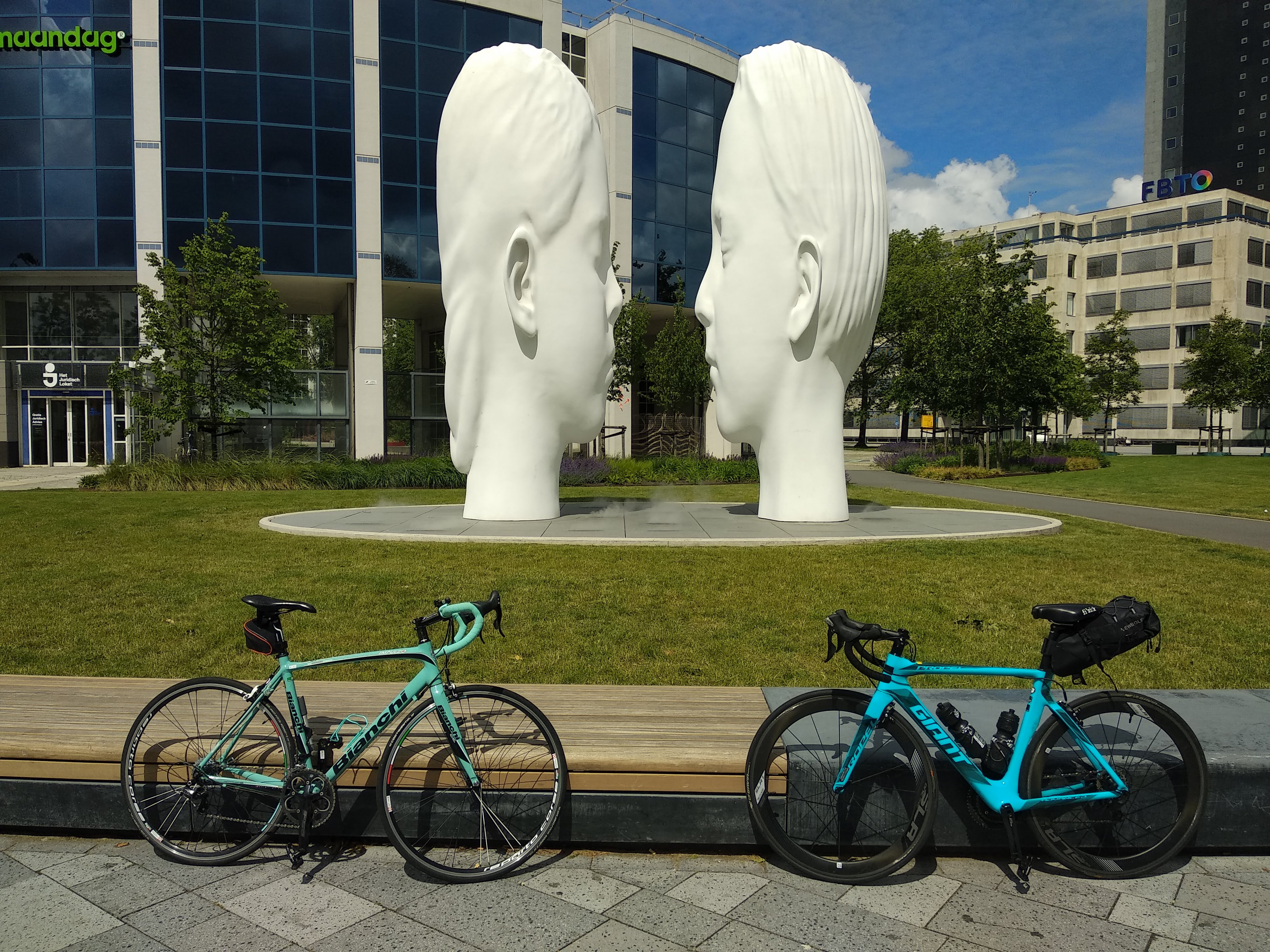 The ride was pretty nice, with some small cycling paths with steep bridges that were quite fun to ride up and down. With many amateurs coming our way, not exactly a route I would necessarily do with a race bike, but as a leisurly touring ride, it was good!

We visited a Buddhist monesterey to check out whether it was worth to stay there for a little longer (e.g., overnight). Timea was less impressed by the monk that seemed to run it all. Plus, he gave somewhat weird answers to our questions. So we did not even drink from the provided free tea.

For a long time, we rode very close to the sea, sometimes even on the sea side of the dyke. With the curvuture in the road, this felt a little bit like riding on a velodrome. Despite a few hurdles (a lot of sheep excrements and some fences to climb over), this was a very special experience. We wondered whether the sheep would ever cross the asphalt, but a little later one sheep on the far side of the dyke put an end to that discussion. It was also impressive to see the Dutch landwinning methods (today only used for protective purposes of the already exisiting land) at work. In the picture above, you can see the old German method for winning land at work: The Dutch says it is the most efficient. 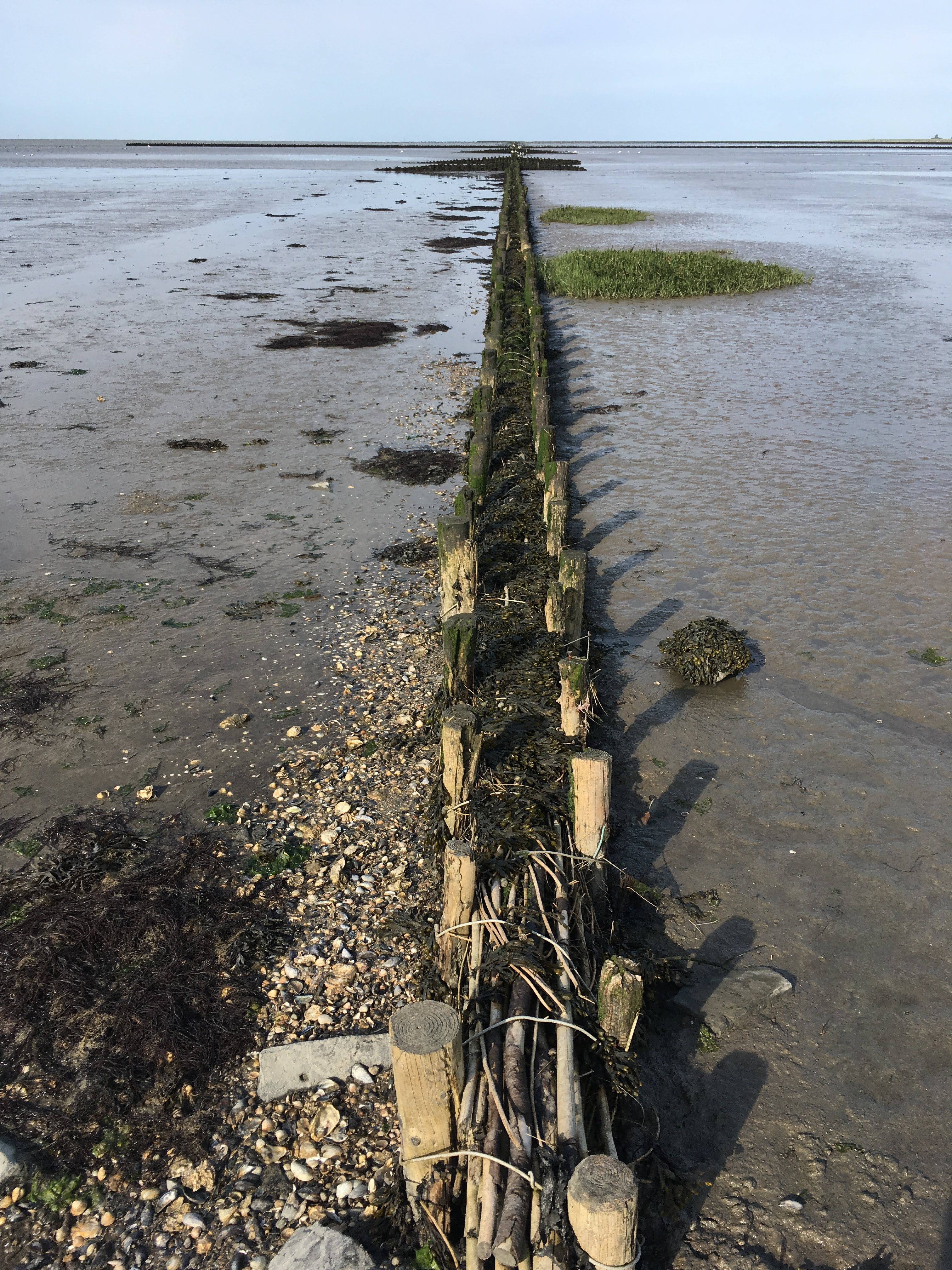 In Pieterburen, we arrived at the quite nice and new hotel Dorpshuis, which we booked this morning. Next to some sick remote-controlled Velux skylights, what was especially nice is that the hotel had a shed for the bikes, and everything else one could think of was provided for, including a kitchen. As I bought three Radlers but we only drank two, I returned one to the fridge, where the hotel was also selling them (but had run out of Radlers). We found out the next morning that we actually sold the Radler for 1,50€ (unfortunately our margin on it was not too high). Which was great because it meant I did not have to carry it back all the way.