For Timea’s birthday (and Easter), the weather turned out just as ordered: three beautiful days full of sunshine here in the The Netherlands. As Timea and I had some empty spots on our cycling map in the north, Timea designed an exceptionally nice 3-day tour through the Northern Netherlands – that means through the Dutch provinces of Friesland and Groningen in particular.

Today, we decided to take it a bit easier on the bike and make use of the kayaking opportunity right in front of the hotel. We took a tandem kayak and paddled to the next village, which turned out to be a 13km round-trip. On the way there, we had a strong headwind. It never ceases to amaze me how when you are using smaller muscle groups – like the deltoideus in this case – you feel good one moment and then, only a couple minutes later, are almost completely fatigued. Anyway, with a tailwind on the way back, we made it back no problem. Also a big thank you to the nice people in the motorboat who put a huge bow wave into our kayak by driving in the middle of the channel! 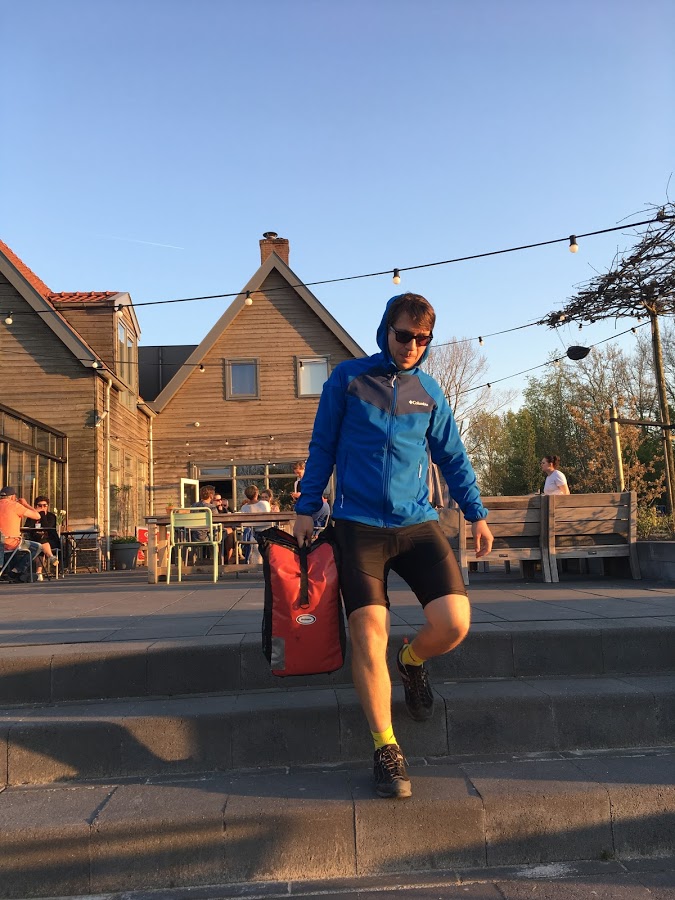 The afternoon saw us go to Groningen (by bike). Despite the pretty strong headwind (again!), I really liked the landscape. The little channels in Groningen seem to have less clear borders than elsewhere and are meandering around quite a bit more. Moreover, the bike paths do not tend to go straight for miles on end, instead, they take relatively frequent turns. I only had the feeling that they could have maybe made the concrete bike paths, which often nicely ran over dams, 5cm wider. Granted, this way, you had a bit of an adrenaline rush every time someone would come your way.

Mandatorily, the riding finished (as it did last year) with an ice cream in Kampen. The ice cream is actually not as good as at De Lellie in Delft or Luciano in Den Haag, but it is all you can get there. Already looking forward to next year’s edition of the trip, which will feature as “Tour de Pixus”.

If you find the GPS track a bit funky: Note that due to the track closure by NS, we had to bridge the gap in train service again.