For Timea’s birthday (and Easter), the weather turned out just as ordered: three beautiful days full of sunshine here in the The Netherlands. As Timea and I had some empty spots on our cycling map in the north, Timea designed an exceptionally nice 3-day tour through the Northern Netherlands – that means through the Dutch provinces of Friesland and Groningen in particular.

After a stay in the excellent Ijsvogel Hotel (make sure to have dinner there!), Day number 2 saw us cycling through Friesland. Friesland is of course known for its own language, and most regions are classified as speaking Frisian, not Dutch, dialects. As a result, I failed to pick up even a single word from the Frysian conversations I overheard. On the flipside, everyone I spoke Dutch to was very easy to understand. 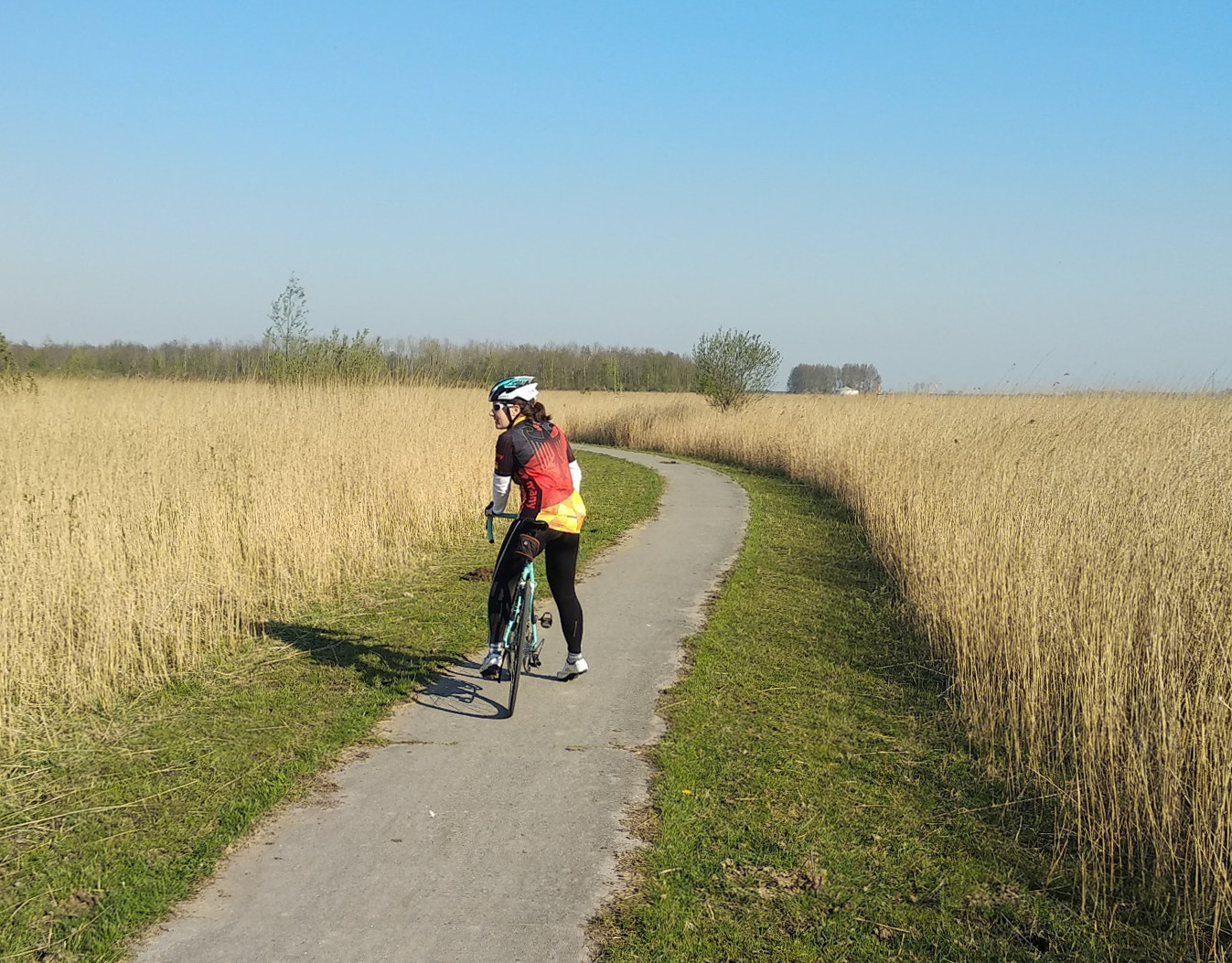 Another interesting discovery was that people seemed to rather want to speak German than English, probably a cause of this (and the many German tourists). This is very different in most of South- and North-Holland where the high number of internationals from everywhere means English is the immediate go-to (even though a considerable number of Dutch still speak German well there, too). 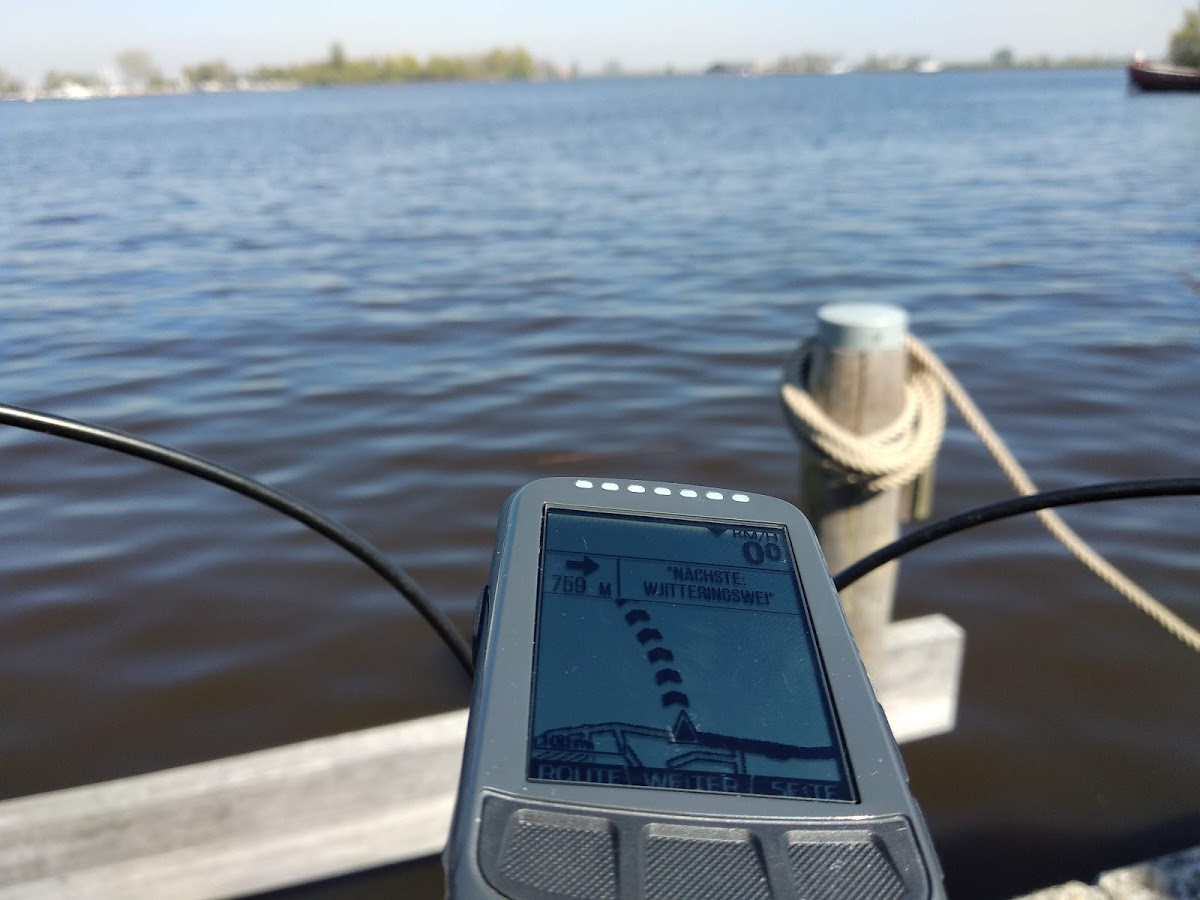 One thing that amazes me about the Netherlands is that animals, and birds, in particular, seem to have lost all fear of humans – probably for a lack of space. However, being so close to a stork in the morning of Day 2, was special even by Dutch standards.

Timea designed today’s route to cover two national parks, the Lauwersmeer (rated the number 3 most beautiful place in the Netherlands by a 2004 Dutch TV series), and the Alde Feanen.

We saw many of the famous “wild” Friesian horses along the way. (An American Mustang would probably laugh at the definition of “wild” here, but so be it.)

I later read in a brochure about the region that this is quite rare – but then we saw so many of them, that this is hard to believe. As Timea remarked, the brochure probably wants you to feel special. The brochure also educated me about the purpose of the horses: Similar to the cows in other parts of the Netherlands, they are to keep the vegetation shallow and to avoid forestation. Why exactly that is not wanted, I have not figured out, but I assume it has to do with keeping the land in its more or less maritime form. The lack of trees (or anything, really) also meant that Timea did not like the landscape much, but for me, just riding my bike was enough. 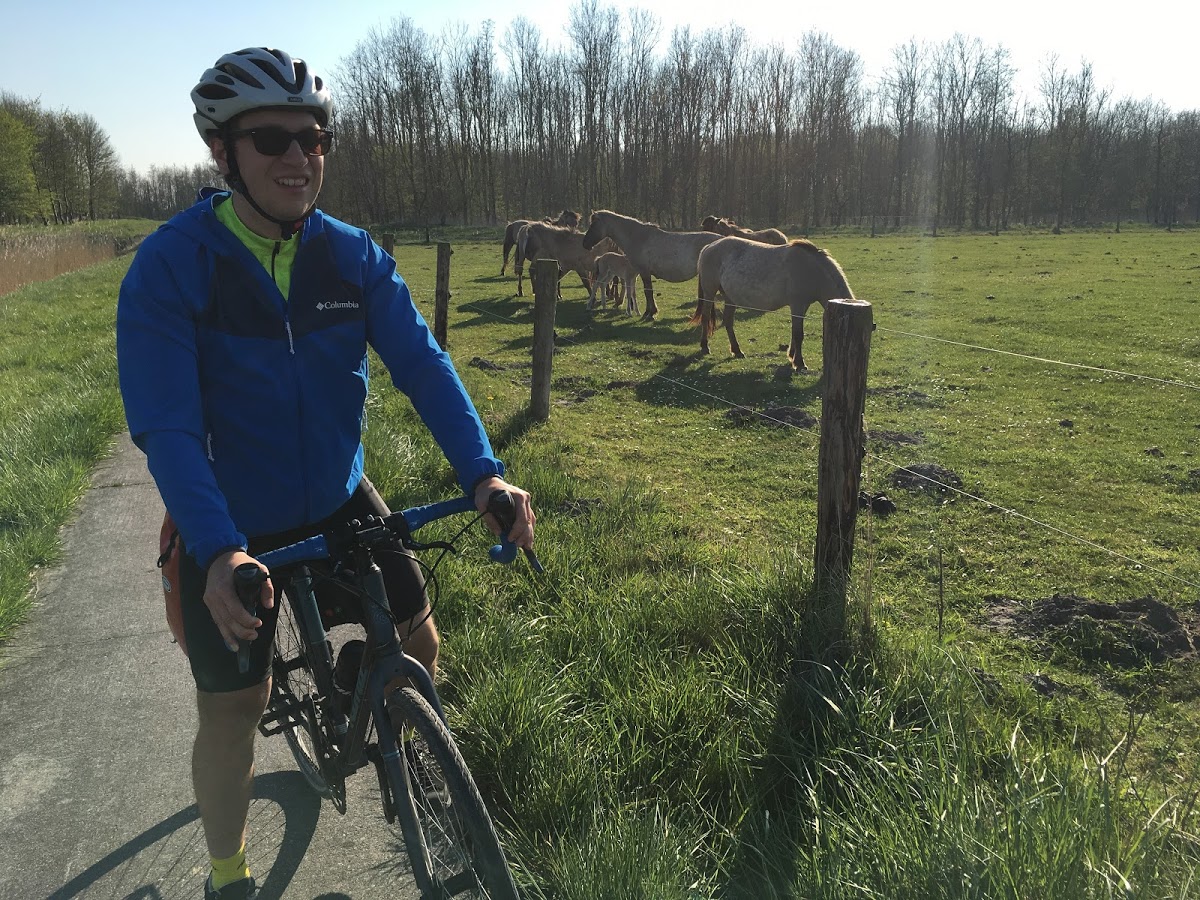 Our routing also meant that we had to take two ferries. Komoot nicely announced these, and I really liked them. Both ferries were solar-powered and basically inaudible. The limit of 12 persons aboard was strict (one could have easily crammed 20+ aboard in different countries) – which means, given a round-trip takes the ferries 25 minutes, you have to calculate a significant waiting time and factor in that you might not make it on the first ferry that arrives.

The first lake crossing near Terherne had an interesting line-up system, in which you would take one of 12 wooden sticks to reserve your spot (you could also possibly use it to fight other passengers) – the second relied on a friendly fellow passenger, who announced that we were number 15 and 16 in line (and thus had to wait for the next boat). After the boats, the route had some gravel parts. Komoot would normally not allow you to take race bikes on those – but we figured, since it was only 4km in total, it would be fine (and so it was). 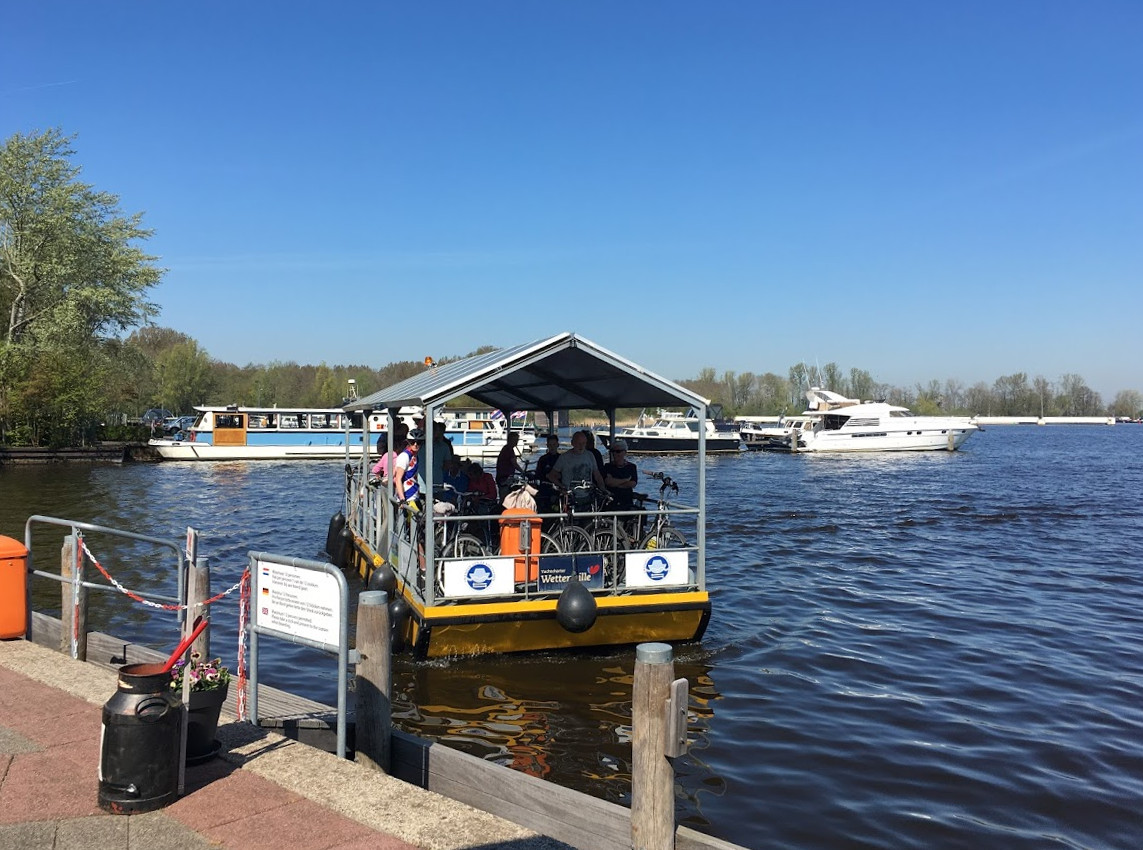 Combined with a slow start and some indecisiveness about where to have breakfast, the result of this was that by 3 PM we had only gone 30km. Day 2 was also a more or less constant battle with number 4 winds from the North East. Especially the last 30km were a bit taxing with a direct headwind. We were very glad when we arrived at our hotel for the night in the beautiful village of Winsum.

Tot Day 3, in which we literally go over water (even more!),