Today was the start of a three day bike adventure with my old friend (old as in: we know each other for a long time, not as in “old.” What a weird expression!) Martin. Martin got himself a Canyon Endurace AL 7.0 Disc last year, which had not seen quite enough kilometers yet. So we decided to meet up around the area of Maastricht for some awesome touring. Martin went their by train, and I picked him up by car in Aachen the day before.

Our first day adventure saw me touch his bike pretty “good” with my side/butt in a corner (I steered into the corner, Martin rode on straight), but we both pressed “hard” into it, and both stayed on the bike no problem, good! 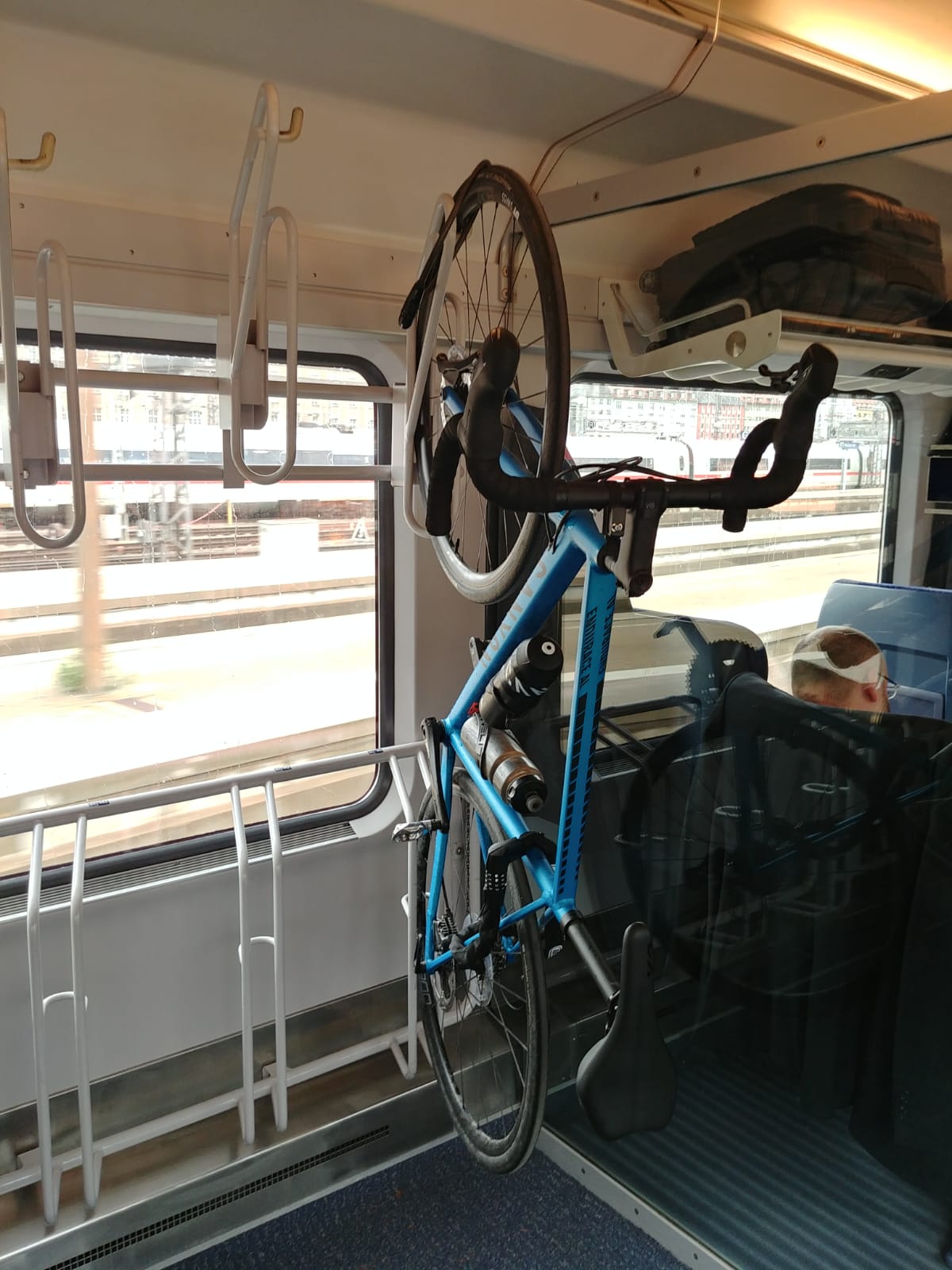 For most of the day, I had a very annyoing squeak from my bike, which I assume to come from the saddle pen. Oh boy, I hope placing in the new saddle pen will help. Throw back to the very beginning of my blog: Of course, I tried to get a little more life out of the old part.

The route, that I designed via Komoot, had us go next, but not technically through, the “bike through water” street (my exclamation was similarly loud and entertaining to the other people who had assembled there, as we almost flew by it). As a side note: According to Strava, I set the second fastet time of the day there. Not sure whether to be proud of this performance. We faced some pretty hefty headwind along the channel that we rode on for most of the way, but on the way back, the support was oh-so-sweet. Around midway into our ride, we ate very nice pizza for a late-ish and improvised lunch.

Genereally, we were stunned by the friendliness of the Belgian motorist (or should I say: Vlandrian?) toward race bikers.

In contrast to the Netherlands, in Belgium, the motorist almost always has the right of way, but more than 9 out of 10 times, people would stop for us and wave us over. So friendly! Quality of the cycling routes was pretty good, if only with more debris than in the Netherlands. I also have the feeling that in case of construction works, in the Netherlands, they are very good with temporary paths, whereas in Belgium, it’s more of a “that’s what it is, deal with it on your own” approach. A short cobble section later in the ride made us both agree that it was a good idea we did not go for one of the cobbled classics. 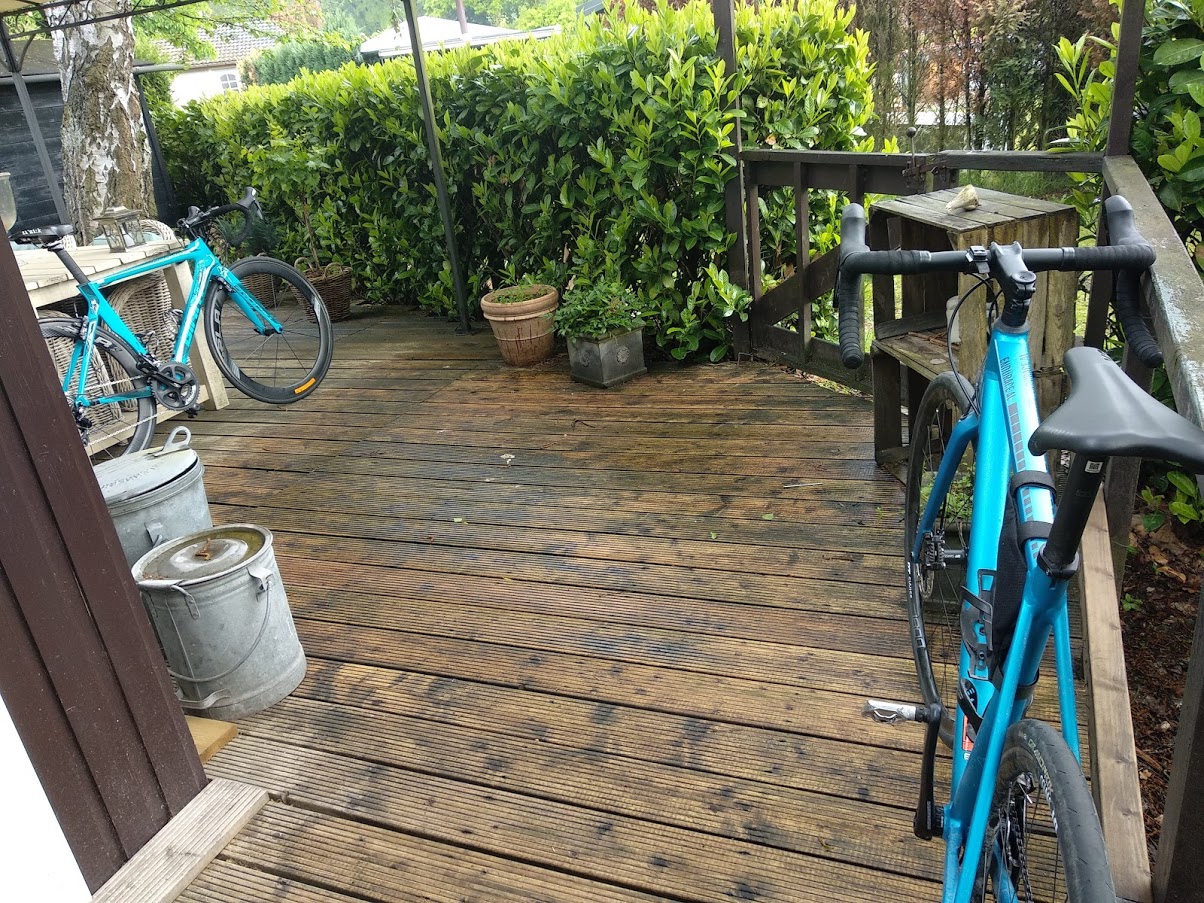 Also of note: This was Martin’s first race bike tour with more than 100km in the past 10 years – an event we celebrated duely with one or two beers on the terrace of our nice camping home.

Tot morgen, when we will attempt a true classic: the tourist version of the Amstel Gold race.