I am running my road bike tubeless. (For the non-cyclists: that means that I don’t have inner tubes. Instead, there is a milky solution that is supposed to close smaller gaps in the outer tire should run through some debris on the road, such as glass or other objects.) An implication of that is that the sealant in the tire ages – and supposedly dries. Thus, you are no longer protected from punctures. With the idea to ride a lot in the next two months, I thought, 10 months after initially filling my bike with the liquid, it’d be quite good to give it a refill.

Now, there isn’t really a lot of advice on maintaining your tubeless setup – most articles and videos (of which there are many) just talk about how to install it in the first place. I did not really want to do a big operation out of it – that would mean removing the tire entirely, cleaning all left-over fluid from the inside, reseating the tire and then filling it up with new sealant. Especially the idea of reseating my tires gave me the shivers. That means to put it on airtight.

Sometimes a regular bike pump is not enough for that and you need a compressor. Which I don’t have. The idea of being unable to ride (or awkwardly going to petrol stations to try and get a lot of air in the tire very quickly, which makes it pop and then seal, if one is lucky) did not sound particularly attractive at just the beginning of my project. So I simply topped-off whatever sealant might (or might not) be in the tire. Obviously, the sealant in my front tire had not dried yet and came out in fountains when I did that.

Pro-tip: For the rear tire, I was already a bit more clever by putting the valve in the 45° position while doing the operation. Then the sealant follows – through the magic of gravity – to the bottom of the tire and accumulates there instead of squashing in your face if you leave the valve dead center over the accumulation point. 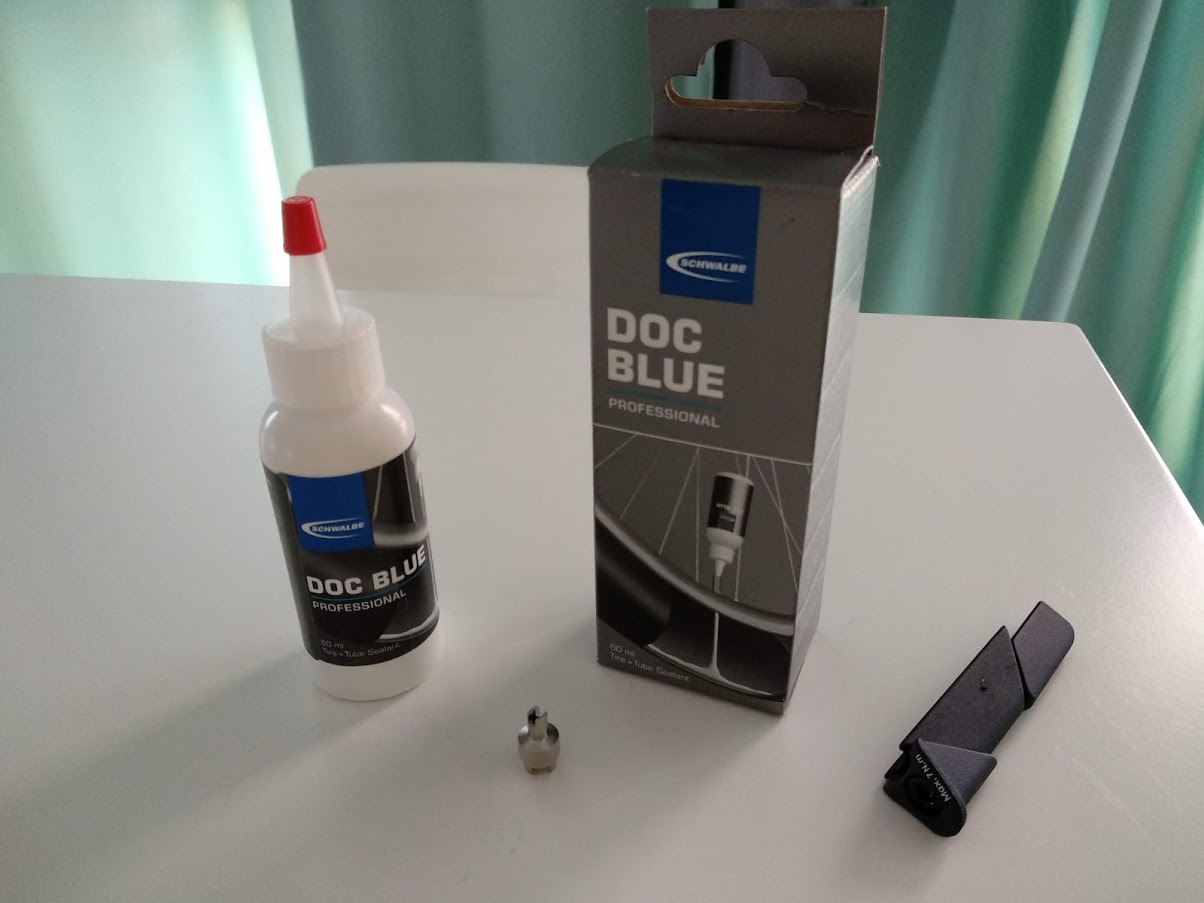 But let’s rewind a bit: Before I could do this, I was missing two essential tools: a core valve removal tool and the sealant. Moreover, last week, I had ordered a replacement seat post from the Giant store in Lisse (which is, of course, famous for the tulips and being next to Keukenhof) because my bolt had somehow rounded off. This, obviously, is a design flaw on Giant’s end.

Never have I rounded off a bolt in my life before, and on this one I even used the torque wrench.

Well, guess what, it was exactly the torque wrench that rounded it off. First of all, the position of the bolt makes it almost impossible to access it in a completely vertical line – the screw has exactly the same orientation as the seat post and thus any tool you stick in it runs parallel. So there is extremely little space to use anything else than an Allen key. So whenever you want to use a torque wrench, you inevitably end up exerting the force in a somewhat non-vertical way to accommodate for its head.

To make matters worse, the material of the screw is of a really soft metal and the incision for the Allen key on the bolt is by default somewhat and not too deep – a great combination for a rounded bolt head. Now, my old bolt is actually still okay, but I feared that one day, I would not get a spare part anymore – of course, being an aero frame, this part is completely proprietary (even the bolt is very much non-standard). 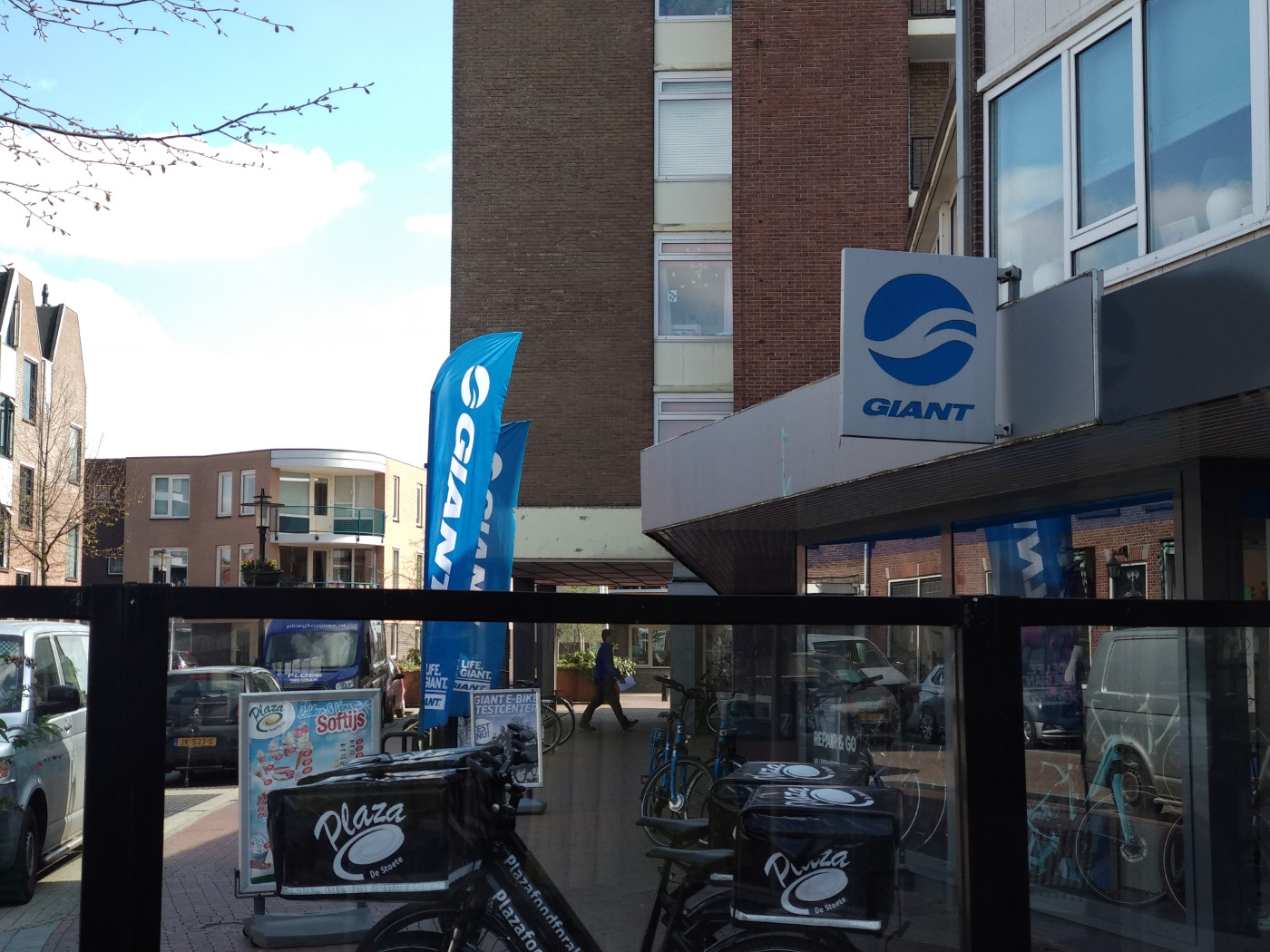 So my first tour brought me from Den Haag to the Giant Bike store in Lisse. Planned it with Komoot (of which I just bought the premium version, since I got an offer for 19,99€ instead of 29,99€). The most expensive app I have (with the exception of the Most Expensive Ball Game, but I got that for free).

The beginning of the route was extremely nice and I actually did not know it.

Just had to go in a straight line from the street in front of the apartment, and soon enough I was outside Den Haag, next to the train lines in a suburban-park setting. I guess I will be riding on that road a couple more times. On the way there, I basically only had to break twice – once for a group of goose giving no fuck at all that I was approaching and once for a German couple who together, while discussing where to go next, completely blocked the two lane (!) bike path.

I asked them whether I should call the local radio station and give them a report a blocked cycle path near one of the tulip factories around Sassenheim. The route then led me via the city center of Leiden and the notoriously busy and badly designed bus area there – not too nice. I had a pretty strong headwind on the way there. All in all, I did the almost 60km in 2:20 riding. It was partly sunny, which was nice, yet quite cold – so I rode with my long gloves. In Lisse, I ate a carrot cake piece that Timi had prepared and then headed back after a ~40 minute stop (including the visit to the Giant store).

Tomorrow, the plan is to bike to Rotterdam and buy a bike computer there.