Day 39: Filling the map & Terrible Experience at The Hunting Lodge

The purpose of today’s trip was simple: Filling some gaps on our cycling map. In particular, we had not left many marks on the east of the Netherlands. Alternatively, we considered to join an organized 100km tour around Middleburg, but because of better weather in the east, decided to go to and cycle from Enschede right by the German border to Arnhem. Ironically, that got us into some really nasty weather in the last 15 minutes of our ride.

We did not have any expectations for the landscape or the ride at all. In fact, Timi even heard that people referred to this part of the Netherlands as “boring”. What followed really positively surprised us.

A bit silent the east of Holland may be, but this is exactly what you want on a casual Sunday bike tour

We did no less than three cafe stops (the spots along the route were just too picturesque), including a beautifully restored castle surrounded by water, in which I ate an Oreo cookie (Phil Gaimon would be proud). 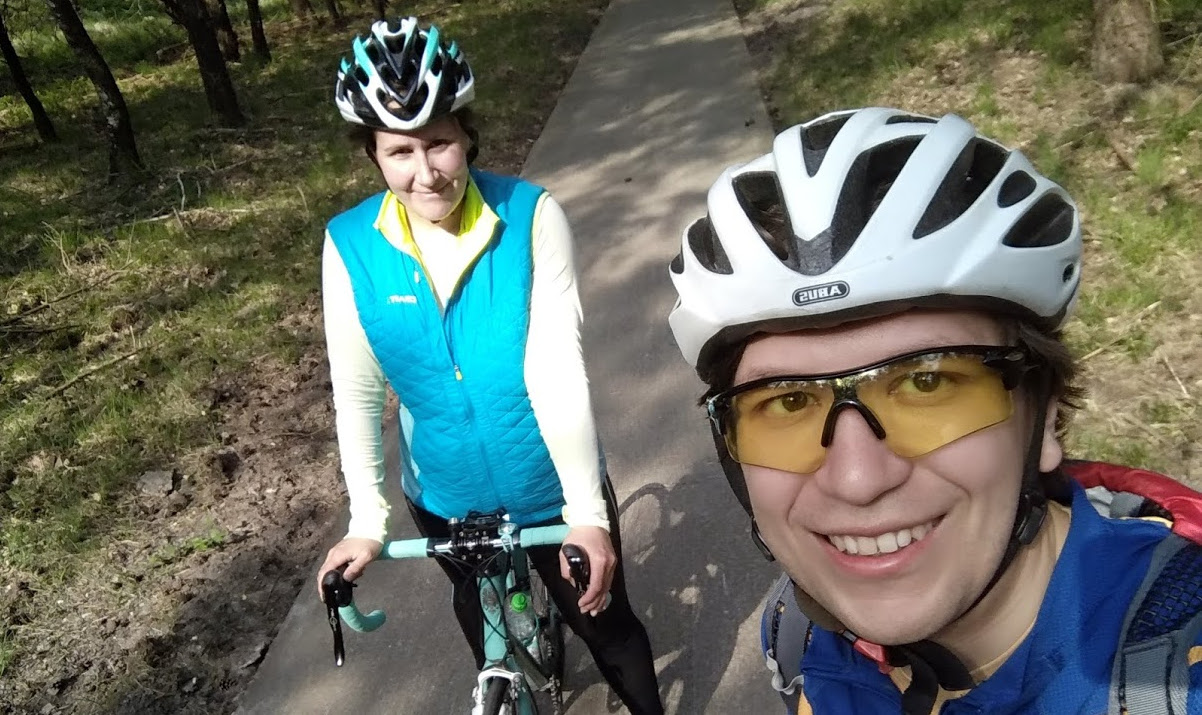 As planned, the weather turned out to be absolutely fantastic, and for the first time in a long time, I could ride in just my cycling jersey again.

We enjoyed the ride so much, we spontaneously decided to go for a fancy dinner in the Hunting Lodge closeby Arnhem. Unfortunately, that turned out to be a bad decision.

While their sun terrace is extremely idyllic (I almost want to say unique in the Netherlands), their service and attitude was just terrible. Despite the name (“lodge”), the restaurant turned out to be pretty upscale. Realizing not all restaurants cater to cyclists in Lycra, I asked before taking a seat whether we might have dinner there. They were happy to have our business (and the bikes nearby the terrace), and from there, the trouble began. I absolutely do not recommend the Hunting Lodge: The food, while okay, isn’t that great (including its presentation), the service (especially by the owner) was really poor, the cutlery wasn’t entirely clean, we were charged twice on a bottle of water the staff failed to transfer inside during a thunderstorm.

Speaking of thunderstorms: After a beautiful and almost summerly ride, the thunderstorm had not quite passed by yet as we escaped the restaurant. So we got a little bit wet on the last 5km to Arnhem. “It wasn’t so bad” said Timi.